skip to main | skip to sidebar

Where have we been the last 6 months?

If your wondering what the Derflers have been doing the last 6 months I will tell you. We have been very busy. We took a trip to Vegas as a family in April to see my brother Thad (buzz) and had so much fun that the kids didn't want to come home. On the way back Macie got really sick and was throwing up and crying the whole way it took us 8 hours to get back, and she ended up in the ER with a sever kidney infection:(. 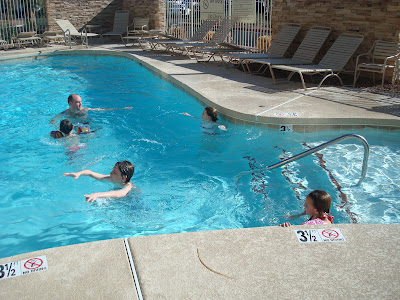 Swimming at the hotel (it was only 50 degrees) 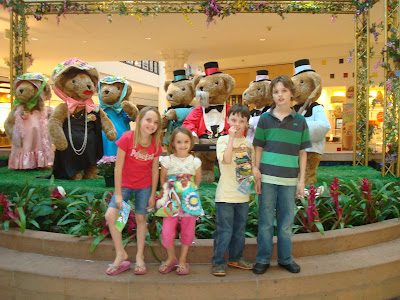 shopping at the Galleria Mall 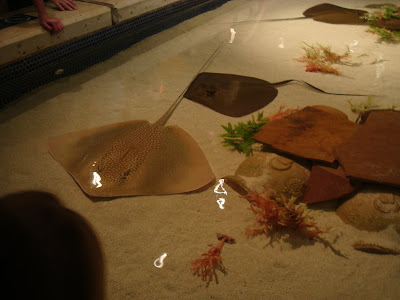 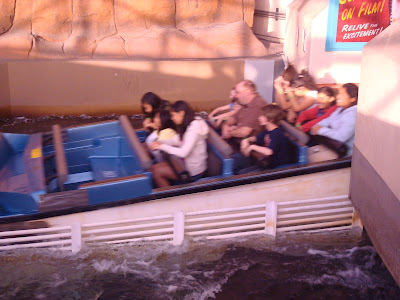 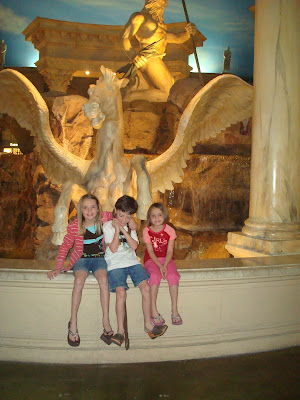 This summer has also been very action packed. We stated out with 3 kids playing ball. Corey played on his VIP league again. Macie played t-ball, and Abbey played softball. We lived at the ball park for the month of may and June and part of July. Abbey had such a great and fun team and the coaches were great!!! She was so excited when she got to pitch in one of the games. Her team went on to win 1st place in Spingville, which sent them to the state tournament. At the state tournament we played for 3 days. It was HOT and fun! We took 2nd place!!!

Though this I also got another kidney stone and had surgery. Then in July I got really sick for 2 weeks where I couldn't keep anything in me. I had been to the doctor several times and they didn't know what it was. I just kept getting worse. After 2 weeks I finally was admitted to the hospital with giardia. I have no idea where I got this parasite. But I will tell you this. I hope I NEVER get it again!!!!!!!!!

August has brought us new hope. I feel better than I have in 2 years! We have been going swimming, and trying to catch up on all the things that we missed while I was sick. We also had a great time at the cabin with my mom riding four wheelers and throwing rocks in the river. We saw lots of deer, we even saw a 2 point. We also went to a demolition derby which was a ton of fun. Everyone but Macie loved it. (Corey had a baby sitter.) 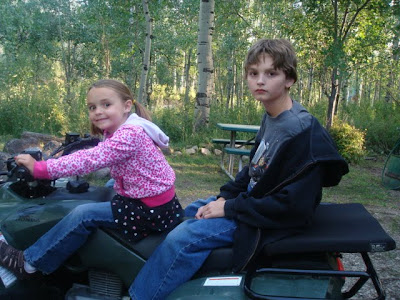 Brayden and Macie on the four wheelers 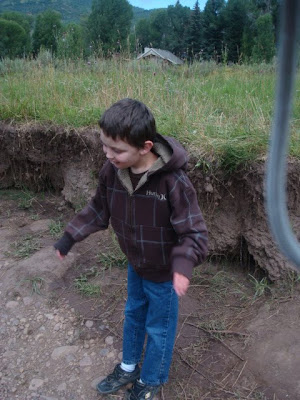 Corey thowing rocks in the river 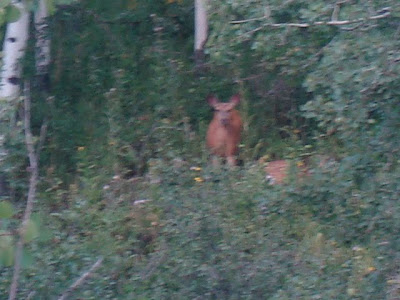 a doe with a fawn 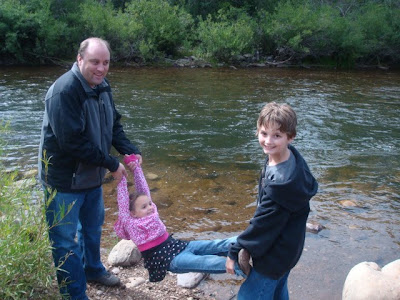 Throwing Macie in the river


Hopefully it won't take me so long to update again.....

Posted by Jamie Derfler at 8:06 AM 0 comments

These are the days of my life.

Two weeks ago today I had to have another surgery. This one was unplanned and unexpected. On the Saturday night before I was watching a movie with Sean and his brothers family when all of the sudden I said I have a kidney stone. No one belived me, and I wasn't in severe pain so I just kept watching the movie. On Sunday I was supposed to teach Abbey's primary class, I was in some pain again and using the toilet what seemed like every five min. so I told Sean to call and let them know I wasn't coming and to try and find someone else. Once again my husband kept talking me out of going to the hospital. So on Monday I went to the doctor. My regular doctor wasn't there and I had to see a nurse practicioner. I had never seen this guy before, and will never see him again. I knew more about kidney stones than he did. Granted I have had my fair share, but he was clueless. I had to convince him that I needed a CT done and that I didn't just have a bladder infection. So after waiting an 1 and a half for Dr. dingleberry to send me down to the hospital I was in pretty severe pain. Thankfully my inlaws had taken the kids. I had my CT done and was sent on my way. On the way home I picked up the kids and some lunch, came home and called Sean and told him enough was enough come and take me to the hospital.

My favorite part of going to the hospital is how many times you have to tell your story. I swear next time I am getting a tape recorder. I tell the check in desk, the triage nurse, the nurse that takes you in, the doctor, the nurse that gives the IV, the radiologist, and any other medical personel that feels like they need to know. Well I indeed had a kidney stone it was 3.8 mm, which isn't huge, but my body doesn't pass them that size, so the urologist came over and told me I would be having my 3 surgery in 3 months within the next couple of hours.

I swear for some reason that I don't know my body seems to make kidney stones and it makes them huge. So I spent the night in the hospital, only to return that night to the ER again because my pain was out of control. Needless to say that I slept most of the week. Well you would think that I would have been done with the pain and the hospital for that mater. Well when I had my surgery they put a stent in. It is a long plastic tube that is all the details I am going to give. It caused a lot of pain. Well Sunday rolled around and it was time to take the stent out, I took it out and low and behold the pain that I was already having got a lot worse. I was peeing blood clots, and was back at the ER 6 hours later I was home with little or no relief other than extremely doped up on morphine.

I am finally starting to feel beter. I hope that it lasts. I am done with kidney stones I hope. They are finally going to run some tests to find out why I get so dang many, If you averaged it out it would be one every other month over the last 2 years. Insane.

Reflections of the past year!

As I look back at the year 2008 there were so many blessings and gifts that I would never have asked to receive. Along with the trials and hardships that my family has faced. We have had a tough year medically as many of you know. Sean spent 10 days in the hospital with pneumonia and some of them in the ICU. I have never in my life felt closer to the lord then at this time. I am so thankful for all of the love that I received from friends and family. With out there support I wouldn't have made it through what seemed like a never ending nightmare.

I also just have been struggling with my health to which doesn't make life at our house very easy some days. I had surgery #6 & 7 this year, with in a month of each other, but once again I am healing very quickly and my arm feels great. My arthritis seems to be under some control at the moment so I have been able to do the things that my kids want me to do it has been fun.

Speaking of kids I can't believe how fast they grow. I cried on Christmas morning when Abbey came to me with her hair all perfectly straight and done so cute. (she did it all by herself, with her new straighting iron) Macie is learning to read and it is so cute how she want to know how to spell everything. Brayden I think is becoming interested in girls (don't let him know I put that on here or he will kill me) Corey is so excited to be 10 and what a great kid he is. He is so caring and loving.

I was also blessed to go back to work this year. I truly love my job. I have found that work can actually be enjoyable. It is also nice that my kids are at the school so if anyone needs me they can just come and find me. It also helps me with my photography, I was starting to get burned out, but now I enjoy it so much more.

I am also really glad that we didn't move to the bigger house that we had already put money down on. It really has been a blessing to stay here in our smaller house. While we are cramped for space and long for something new we know that this is where we are supposed to be. There is a reason for everything and I truly believe that we are here for some reason that we may just not know yet.

Posted by Jamie Derfler at 9:19 AM 0 comments

We had the joy of taking family pictures today. This is not an easy task for our family for a few reasons.

3- It takes forever to get ready

5- Corey is naughty most of the time

After awhile and some photoshop time I have come to terms with two poses of the family. 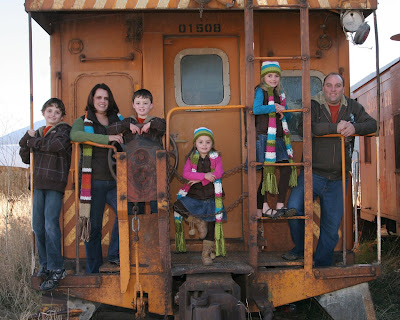 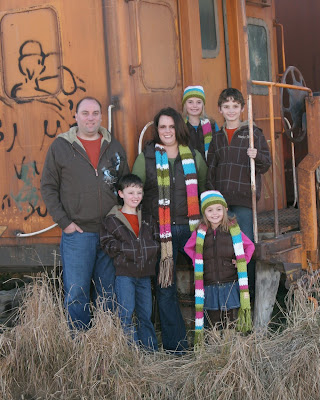 I haven't seen all of the individuals yet due to a memory card mix up, but those are relatively easy, so I am not to worried about those. I will post them later.

got my ticket to see TWILIGHT!!!!

I took the kids to see Wall-E while Sean and Brayden were on the deer hunt. I gage a movies goodness by how well it keeps Corey entertained and quiet. Needless to say my patients were shot halfway through. I don't know if it was because he got a hold of my Coke and managed to drink half of it, or if the movie just didn't have enough talking going on it because he kept asking me "where are they now?" and stuff like that. Today is the girls spa day I am really excited I am sure we will have a great time, and I hope to post some pictures later. (that is if I don't forget the camera which I am really good at, ironic isn't it?)

Wow, what a busy month. I am still getting used to the idea of getting up and going to work everyday. I do love my job, It has it's moments when I am ready to pull my hair out and scream, but I know that the kids can't really help it and I really do enjoy them.
Macie spraigned her arm on the tramp doing a handstand, she had to go to the ER and she was put in a sling for 3 days. She was such a trooper she barley even cried when they were doing the x-rays and stuff. 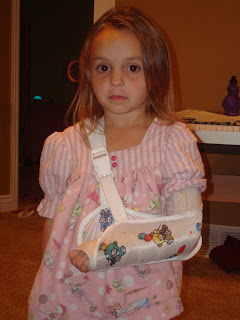 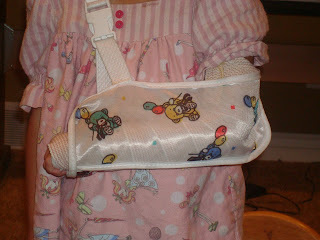 Brayden has been our little traveler. He drove with grandpa and my two brothers to Minnesota for a week. They went and saw Mt. Rushmore, and a wild animal park similar to Bear World. While in Minn. they went goose hunting. 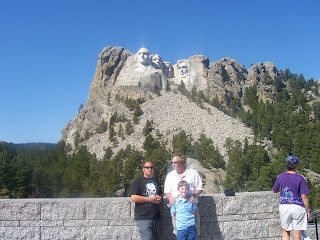 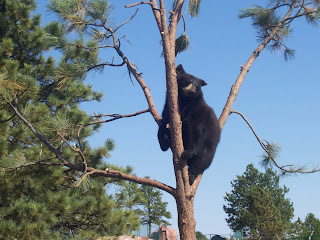 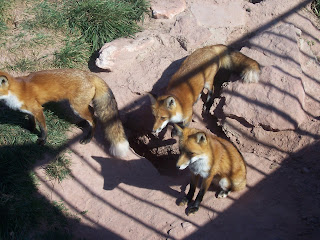 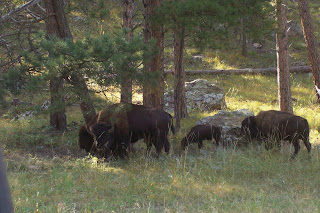 Abbey and Brayden went to St. George with Grandma and had a blast. It was just a short trip down and back over night, but they got to miss school so they thought it was great.
Corey is going potty, Yipee!!!!!! He does really good at going pee, but #2 has yet to happen. I am supper excited though after all I am sure I have changed over 1,000,000 in my lifetime.

Jamie Derfler
I have a love for many things in life. First my family, I have been married to my best friends for 13 1/2 years. I have 4 wonderful kids. My other love is photography. I have owned my own studio for 5 years. I do studio and location shoots. I have also found a new found love of digital scrapbooking. This is how I release my stress, so I do this a lot.

Fun on the Run